DISCLAIMER: CONSULT WITH A DOCTOR BEFORE DECIDING ON A TREATMENT PLAN FOR ANY DISEASE.

Is there a cure for psoriasis?

When conventional treatments for psoriasis aren’t working for you and you’re ready to get serious and work toward a permanent cure for psoriasis, there are several important veins of research that you need to know about. We’ll discuss one of them in this article.

If you’re suffering from psoriasis you’ll need to follow a protocol and not just rely on one treatment to cure the disease. Natural cures require an approach that addresses diet, pH, plant medicines, vibrational therapies, and sometimes emotional or even spiritual treatments, but Ox Bile is an important ingredient in any psoriasis protocol because the odds that you’ll be permanently cured by using this substance is high (58%-80%). If you add other treatments into your psoriasis protocol like sunlight and seawater treatments, probiotics like Saccharomyces boulardii, Rife Therapy, and more, you’ll increase the odds of a permanent cure. In short, the process of curing a disease like psoriasis should be approached as the search for treatments that fit with your lifestyle and that contribute to your general well-being without causing harmful side effects.

Most psoriasis patients are aware that there’s a relationship between their gut and their skin inflammation and other symptoms associated with psoriasis, so it makes sense that some of the most important treatments for this disease involve digestion and gut health. The natural psoriasis treatment we discuss in this article is based in part on the work of Dr. Haines Ely who acknowledged the science that’s shown that there’s a link between “leaky gut” and inflammation throughout the body. People with psoriasis, after all, often also suffer from other diseases or disorders like obesity and metabolic syndrome, psoriatic arthritis, and cardiovascular disease. These other diseases are also influenced by the endotoxins (lipopolysaccharides, for example) that are released into the bloodstream as a result of a leaky gut.

Dr. Ely was able to clearly explain how peptidoglycans were absorbed from the intestines into the blood causing liver damage. Once the peptidoglycans got into the bloodstream, they were able to end up in the skin and joints which ultimately leads to the development of psoriatic lesions and psoriatic arthritis.

Not surprisingly, many patients have noticed that their first bout of psoriasis happens after they have their gallbladder removed. This is a thought-provoking discovery that confirms the theory that bile deficiency and liver problems are at the root of psoriasis. Research has confirmed that gallbladder removal can lead to psoriasis. Doctors don’t usually tell patients about this possibility when they sign them up for surgery, but patients should know…removal of the gallbladder can lead to a variety of health issues including chronic, uncontrollable diarrhea as well as psoriasis.

The gallbladder, after all, stores bile that’s made in the liver to slowly squirt it into the small intestines throughout the day. Researchers have noted that the gallbladder will squirt a small amount of bile into the small intestine throughout the day, even when people haven’t eaten anything and this has led some so-called “scientific” researchers to the crazy conclusion that the gallbladder isn’t just reacting to the presence of food in the stomach and therefore it isn’t an essential organ. These are sad, sorry conclusions for people who call themselves scientists!

It’s common knowledge today that bile is secreted into the small intestine and then, if it isn’t used in digestion, it’s absorbed into the blood to circulate through the body and return to the liver/gallbladder. Let me explain why this is important. Bile breaks down the toxins that cause psoriasis, arthritis, and other serious diseases to make them harmless to the body. Additionally, bile makes it possible for the body to absorb fat soluble vitamins A, D, E, and K1 and K2. Without adequate amounts of these vitamins the body literally starts to fall apart and become generally diseased.

So the circulation of bile in the body is extremely important though researchers don’t fully understand all of its the functions. And without a gallbladder, bile flow is much more limited. What scientists do know is that when there’s a problem with the liver or the gallbladder and bile flow is limited or abnormal, peptidoglycans can build up in the small intestine causing leaky gut syndrome that eventually manifests as arthritis, psoriasis, or psoriatic arthritis among other things.

While psoriasis researchers have noted with great enthusiasm that bile has an important non-digestive function in the body (namely the ability to split endotoxins like peptidoglycans into pieces that aren’t toxic to the body) other researchers who wish to prove that gallbladder removal surgery won’t cause patients any problems don’t acknowledge these facts. Nonetheless, one study followed 2,206 women who had had their gallbladders removed and noted that a jaw-dropping 642 of them developed psoriasis. And 157 of these 642 unlucky women also developed psoriatic arthritis. That’s a strong argument for causation! It’s pretty obvious that gallbladder removal may cause psoriasis in a high percentage of patients.

Psoriasis as a Catharsis

Technically, the definition of a catharsis is “purgation” or the purging of something toxic. The word catharsis is often used to describe emotional release from strong, negative or repressed emotions, but it can also describe digestive purging through diarrhea. Any event that pushes a toxin from the inside of our bodies to the outside so as to rid the body of the toxic substance would be considered “cathartic” and Dr. Ely was able to see that psoriasis was a type of catharsis when he first started talking about his theories back in 1981.

Here’s some hopeful research that demonstrates the value of Ox Bile for psoriasis treatment:

In one study, 551 psoriasis patients were treated with bile acid for 1 to 8 weeks. Of these patients, 434 of them (78.8%) became symptom free while taking the bile supplement. The control group, on the other hand, that received conventional medical treatment for psoriasis had only a 24.9% recovery rate.

Two years after this study was performed, 319 of the 434 psoriasis patients who were treated with bile acids remained free of symptoms. In comparison, only 15 of the 249 patients in the control group (who had received conventional treatment) remained symptoms free. In other words, treatment with bile acids led to a 2 year cure for 57.9% of patients. On the other hand, only 6% of patients receiving conventional medicine were symptom-free at 2 years post-treatment.

For psoriasis, ox bile supplements can increase the odds of curing the disease considerably especially if the patient takes ox bile in addition to doing some other treatments geared at targeting the other facets of the disease. For example, since psoriasis seems to develop in response to an infection with a bacteria, it’s important to clear up that infection. At AlivenHealthy, we recommend using Colloidal Silver and Dimethylsulfoxide (DMSO) rather than using an antibiotic because antibiotics are part of the problem and not the solution.

Psoriasis patients all suffer from liver problems and abnormal bile production. They tend to produce too little bile acid and bile which is why it’s so important for psoriasis sufferers to take an ox bile supplement as part of a healing protocol. Bile acids have the ability to split peptidoglycans and other endotoxins into non-toxic fragments that the body can cope with more easily. Scientists have discovered that the peptidoglycans that cause leaky gut in psoriasis patients come from the bacteria Streptococcus pyogenes. Though psoriasis patients don’t have all the symptoms of a full-blown infection with Streptococcus pyogenes, they suffer from chronic debilitating symptoms instead probably because the bacteria has passively colonized the liver or the gallbladder. Doctors often use photodynamic therapy with silver nanoparticles to kill serious, active infections of Streptococcus pyogenes, but it can be hard to find this form of treatment and it’s also expensive. And the fact is, if you combine a high-quality nano-Colloidal Silver with DMSO, you can treat yourself for a low-level, non-active Streptococcus pyogenes infection that is probably underlying your psoriasis.

Bile acids are also bactericidal, so they can help get rid of infection as they heal the gut when used as part of a Psoriasis Treatment Protocol that also includes DMSO and Colloidal Silver.

Quark and the Budwig Protocol for Psoriasis

Aloe Arborescens as an Alternative Treatment for Psoriasis

Diarrhea after Gallbladder Removal and How to Treat It

Is there a cure for psoriasis?

Inyoung, K. (2019). Healing the Gut to Heal Psoriasis? Retrieved May 10, 2021 from https://nextstepsinderm.com/derm-topics/healing-the-gut-to-treat-psoriasis/ 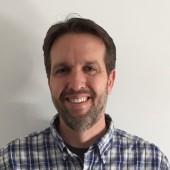 Join us for this 2-hour educational event where Alive-n-Healthy readers can ask questions and discuss health and treatment options. We'll ask for a small amount of information about the specific health issues you'd like to learn about during the session, and then during the talk we'll address each participant's unique situation.

We're currently giving away the first volume of The Cancer Cure Catalog, the first of a 4 volume reference set of scientifically proven cancer cures complete with a resource list of scientific articles and testimonials for each treatment listed.

CLICK HERE to receive your free e-Book by email!

We have 3 other volumes in this series, click here to see the other books!